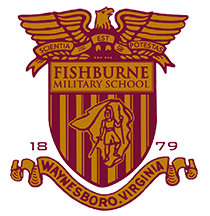 Numerous Scholarship Funds have been established at Fishburne Military School in order to help young men and their families make the dream of an FMS education attainable. Below is a list of major Scholarship Funds already established.  If you would like to support a particular fund, just click “Donate” after that fund’s description and put that fund’s name into the “Designation” line on the donation form.

To learn more about Scholarship Funds at Fishburne Military School, to donate to a Scholarship Fund, or for more information about how to best meet your philanthropic needs, please contact Alumni@Fishburne.org or call (540) 946-7700 ext. 106.

By supporting the scholarship funds at Fishburne Military School, you can be assured that your gift will directly and immediately impact the life of young man. To support a particular fund, just select "other" under Designation bleow and specify the name of the fund in the comments.