Mark your calendars for #GivingTuesday! Fishburne Military School will host a Since 1879 Day of Giving, an online giving initiative, on November 29, 2022. We plan to look back to 1879 to give forward, and we hope you’ll join us! Our goal is to raise $18,790.00 to provide our Cadets with the best possible opportunities for a lifetime of brotherhood and leadership in the modern era. It is easy to give at Fishburne.org/support/make-a-gift/ for Fishburne’s Day of Giving.

The 24-hour giving day began in 2012 and has now become a global movement. It takes place on the Tuesday after Thanksgiving to promote generosity and counter the consumerism of Black Friday and Cyber Monday.

Not only is this a day to support the Corps of Cadets at FMS, but this is also a moment in time to strengthen awareness of our new brand, ‘We See What’s Great in You’ to our alumni, parents, grandparents, and friends of Fishburne as we march to our sequential in 2029. Fishburne is proud to have been in operation for almost 150 years and continues to evolve.

And as a benefit to you, your gift will offer you the ability to join the Colonel Young Brigade ranks while earning the honor and distinction of wearing the Loyal Supporter Medal and the Lifetime Giving Medal. 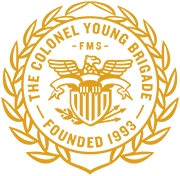